Updates are occasional patches and add-ons or removal of information and/or features of a game.

Use as a devastating heavy sword or apply a Dual Swords Stance and split the weapon into two ferocious blades. You choose how you wish to wield this weapon based on the Stance Mod equipped.

Visit your 'Customize Operator' menu to view a variety of new Customizations - over 30 total! We've split these customizations into two groups: Free and Cosmetic.

The following Augments are available as Syndicate Offerings:

We've received word from the Lotus that everyone will have 7 days following the launch of 18.13.2 to claim a free Forma via inbox simply by logging in shortly after we launch.

With the power of all your Draco runs, we have intercepted this message:

The starting Mod Capacity for your gear (new or Forma'd) is now determined by your Mastery Rank and if an item has an Orokin Reactor or Catalyst installed.

For example, a Mastery 20 player would experience the following:

The cap on capacity remains unchanged.

Please note this is a slight deviation of our discussions on how Mastery Rank will reflect gear level, but by affecting capacity it fundamentally enables you to use Mods the moment you get your hands on new gear or Forma an item. Have fun!

As widely requested, Hek’s original sound has been restored and our Sound Team has made it work with the new weapon sound tech.

Our Audio Director, [DE]George, has provided insight into why we changed the Hek sound originally here: link
变动

新增内容 The fourth round of TennoGen Skins are available now!

Stand out with these new community-created Skins:

Purchase these Skins by logging into Warframe through Steam and visiting the 'Steam' tab in the in-game Market.

Excalibur Changes Excalibur's rework made him an indisputable lethal force - a role he will continue to shine in, but now with more reasonable parameters on his Exalted Blade waves.

Please see our Dev Workshops for more info on these Warframe changes:

Numerous Warframe’s have received passives! You can view each passive under the ‘Abilities’ tab on each Warframe.

Vauban Prime and the newest Prime Gear have arrived.

Outmaneuver your enemies with the deadly expertise of Vauban Prime特权!

Get Vauban Prime Access now and make the newest Prime yours - instantly - including Vauban Prime, 重击巨锤Prime, 史提托双枪Prime, and exclusive Customizations only available through Prime Access!

For information on where to start hunting for Vauban Prime and his gear, see here: link

The following Augments are available as Syndicate Offerings: 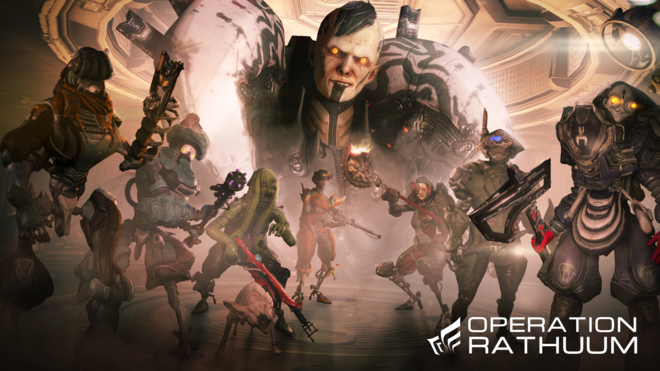 Sleek and stylish, Banshee Soprana sings a song of devastation.

Give the Sonicor -- Banshee Soprana’s signature Weapon -- a new Skin. 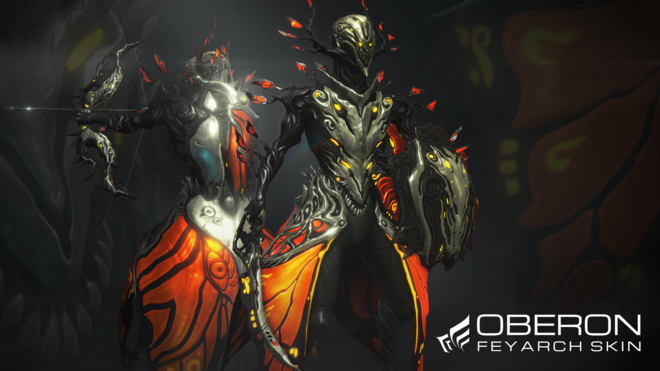 Embody the power of life with the new Oberon Feyarch Collection. This forest-inspired collection features new Skins for Oberon, Paris and the Ack & Brunt.

变动 Previous we shipped a change to include a Hilt and Blade component to the Broke War Blueprint in an effort to allow players to have both War and Broken War in their inventory. Unfortunately, we failed to include the Hilt and Blade onto enemy drop tables. This hotfix adds these components to Warframe’s drop table, listed below, correcting the unintentional error.

诸葛连弩: This devastating automatic crossbow is the perfect marriage of ancient Earth weaponry and Tenno technology.

Nezha Circa Helmet: A different look for

Update 18.5 contained a change made to ensure that enemies will no longer spawn in areas that have been cleared, as long as the level is not on alert. This change was made to help prevent an exploit that caused enemies to rapidly spawn in the same room only to be instantly killed by stealthed players, and these enemies never scaled. This was limited mostly to Deception Missions, but was present in Sabotage, Mobile Defense or Spy Missions as well.

Enemies will now spawn in areas not yet seen by players. This will allow players to clear rooms stealthily, while avoiding enemies spawning behind players and potentially ruining any stealth runs. ‘Alerted’ enemies will spawn nearby and out of sight, but can also spawn in rooms already seen by players.

These changes will not affect enemy spawning in Exterminate, Excavation, Survival or Defense Missions, but will have a slight impact on enemy spawning on other Mission types.
变动

Sands of Inaros Changes and Fixes

Baro Ki’Teer is searching for riches under the sands of Phobos, but he needs Tenno help in order to find his fortune.

Grineer and Corpus Ship Reactor Sabotage missions have been given a total overhaul, complete with diverse mission objectives and a new set of Sabotage-unique tiles. Reactor Sabotage 2.0 includes:

The Orokin Moon tileset has been expanded to include new game modes. These additions include:

Warframe’s chat UI has been given a complete overhaul, including new features and more intuitive settings for private conversations and player searching. We will continue to expand upon the chat UI in the coming updates. The following changes have been made to the chat UI:

Firstly, this is a sweeping change across the entire game! Please be conscious that some areas may appear overly or underlit. We will work to fix up any rough looking spots - feel free to send screenshots are way in bug threads throughout the appropriate subforums.

With Inaros, the sands of old have been swept away from U18 Warframe leaving behind a newer, more vibrant U18.5 Warframe. In many respects, 18.5 is a remastered, more HD version of Warframe with months of technical graphical improvements and artistic relighting of many parts of the game (and more to come in subsequent updates). On top of these changes are across the board rendering performance improvements we hope you'll enjoy, keep in mind that your particular hardware may benefit more and benefit less depending on your GPU, resolution and preferred graphics settings.

Enemies in Interception Missions have been overhauled to help improve the flow of combat over the course of the Mission. These improvements include:

The following changes have been made to Warfarme Ability powers when used against boss-type enemies. These changes do not affect the damage each Ability does as discussed in our Developer Workshop here.

Lure enemies to their death with the venomous beauty contained in this Prime特权!

Alad V has returned, hunted by the Acolytes of Stalker for his crime of aiding the Lotus. True to their word the Tenno will repay their debt to their unsteady ally, tracking down these assassins across the Solar System before they have a chance to reach their mark.

Raid Corpus and Grineer facilities to find information that will help uncover the Stalker's elusive Acolytes. Join your fellow Tenno in the hunt and put a stop to the Stalker's plans!

To learn more how to participate in this event, please view our dedicated Event thread: here

Stand out on the battlefield and embrace the dark side of style with the new Trinity Deluxe Skin Collection. This collection of skins features a new Deluxe Skin for Trinity, the Bo Staff, and a Trinity-inspired set of armor for your Kubrow companion.

The following changes have been made to Excavation Missions to help improve fluidity between each excavation:

The 技巧之剑 has arrived! Elevate martial combat into an art form with this Tenno rapier!

Add the Destreza to your Arsenal today by visiting the Warframe Market.

Please note these are some of the major in-progress fixes that are ready for deployment. We will continue to audit the issue with your constructive help and reports. Ultimately it is unlikely that mass-clump spawns will be restored, but we're working on making Exterminate Missions have a challenging pace.

The 恶龙 has arrived! A deadly weapon designed for piercing the hearts of enemies, inflict maximum devastation with this massive Grineer trident.

Add the Sydon to your Arsenal today by visiting the Warframe Market or Clan Research!

Frost Prime, Latron Prime and Reaper Prime have returned to their place in the Prime Vault, restoring Void Drop Tables to their previous values.

Please Note: [DE is] currently aware of issues with enemy spawning in 歼灭 Missions and are working hard to get this and many other problems resolved. Expect additional fixes to be released as soon as [they] get a solution, and thank you all for your patience as [they] kick off 2016.

Please Note: Nezha parts obtained from 突击s are 交易able, and will be a permanent reward from Sorties in the future.

New holiday customizations join returning festive décor to bring the holiday spirit straight to the warriors of the Lotus.

Sortie Season 2 is now live! Keep an eye on the Sortie menu in the World State Window to observe changes made to the Sortie Reward Pool. We realize this is 2 days ahead of schedule, but we wanted to give everyone a chance to get Nezha starting today!
变动

The Prime Vault has Unsealed. Frost Prime makes a chilling return in the very first cracking of the Prime Vault

The Second Dream is available to all players who have completed the Quest: Natah.

What we know of the Moon is a mystery, and entering its halls requires the completion of The Second Dream Quest.

Master the Seven Principles on the Orokin Moon

The Halls of Ascension are tightly wound into the fabric of known Orokin civilization. Uncover secrets along your path across the moon. Challenge yourself in seven unique rooms across seven principles for new unique Mod rewards. The measure by which the Orokin were judged will now put you to the test. 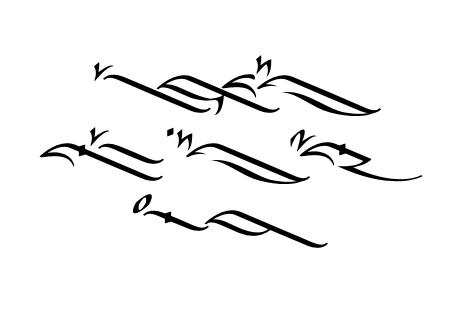 Complete 'the Second Dream' to unlock a new System!

With her quiver of tactical arrows, this huntress prowls unseen and strikes without warning.

Ivara's Abilities are as follows:

Obtain Ivara today through the Market or through Easy, Medium and Hard 间谍 missions!

Sentient forces have appeared, but more are obscured from our sensors. Players can discover more about these ancient enemies in the Second Dream Quest.

The following changes have been made to all Sniper Rifles:

Sortie Missions are now available for all Tenno Mastery Rank 4 or higher!

As an additional security measure for our players 2 Factor Authentication has been integrated into Warframe. This feature is currently optional, but we encourage players to opt-in and give their account an extra bit of protection against malicious attempts at account access.

Accounts can opt-in at warframe.comuser shortly after this Update is live. Be sure to check your spam folder for any confirmation emails. If you still aren't receiving emails, add no-reply@warframe.com to your whitelist and allowed contacts.

The following changes have been made to Rhino, and are available for all players immediately:

Due to the volume of content available in this the Second Dream it may be possible that we've missed the announcement of a fix or change. If you believe something is not properly documented in these notes, please let us know. We will continually monitor this thread to watch for any reports of undocumented changes and will update the information here as necessary.

Thank you all for your patience. Enjoy the Second Dream, Tenno!